Okay, yes, I realize this is probably the 400th time you’ve seen a similar headline. But what else can be said? The Sounders trotted out the youngest starting lineup in MLS history and, thanks to some Ruidiaz magic off the bench, brought home three points that seemed out of the realm of reality.

The Starting XI had an average age of 22.5 and included an MLS record six players who can’t yet enjoy an alcoholic beverage. Three of whom can’t vote and one who can’t even drive. Two of them were even hardship signings from the Tacoma Defiance to make up for the injuries to (deep breath) Jordan Morris, Will Bruin, Nicolas Lodeiro, Jordy Delem, Shane O’Neill, Nouhou, and Stefan Frei, plus the Roldan brothers, who are away on international duty with the United States and El Salvador respectively. 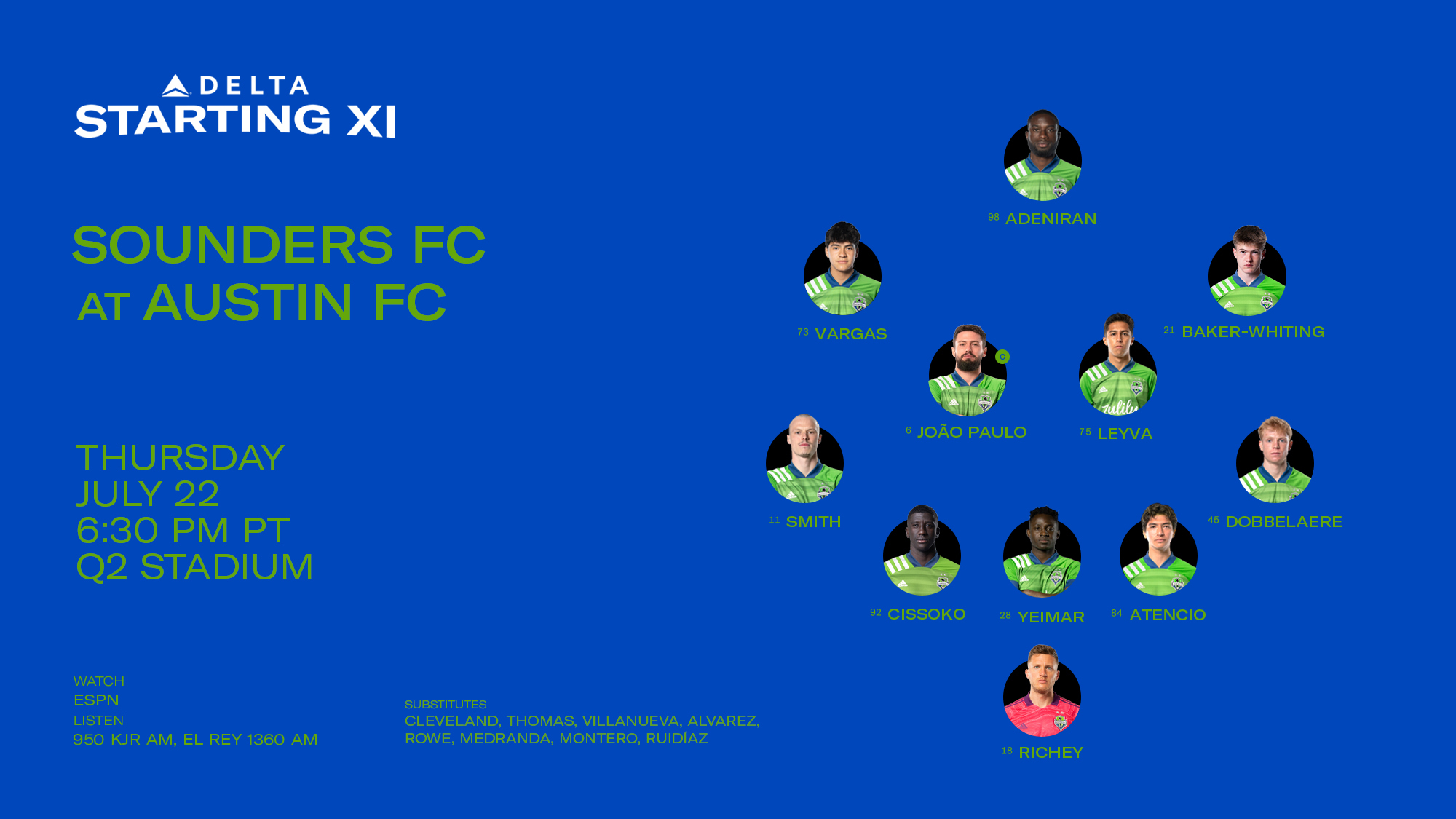 Even backup keeper Stefan Cleveland, who has been steady bordering on solid, got the night off in favor of Seattle native Spencer Richey. Over all, it looked like coach Brian Schmetzer was basically punting this game, hoping for a draw at least, to give his starters some rest and perhaps see what the next generation of Sounders could do. Turns out, they could hold their own.

Through 51 minutes, the youngsters were able to keep form and looked to be able to at least get that 0-0 tie. Then… Rui happened. Ruidiaz came into the game in the 52nd minute, along with Kelyn Rowe and Jimmy Medranda, and really unlocked the offense. While it still wasn’t exactly a flurry of shots and dazzling artistry, the Sounders suddenly looked more dangerous and less like they were just parking the bus. Of course, it took a little bit of luck for them to finally find the back of the net, but when you have a goal scorer like Raul Ruidiaz, luck sometimes comes easy.

In the 67th minute, Rowe tried to sneak a pass in to Raul, but it was blocked by a defender. However, the ball still fell right to Ruidiaz’s feet, who blasted a shot from 41 yards out, curling just past the defender and over goalkeeper Brad Stuver’s outstretched arm.

Twenty or so minutes later, Austin was gifted with a dangerous free kick on a questionable foul call on Kelyn Rowe. Julio Cascante was able to get a head on it and put it past Richey, but a look at the VAR determined Cascante was well offside and the goal was disallowed. Seattle also had a goal disallowed in the 80th minute, when it appeared Ruidiaz had netted another but the side ref called him offside.

After seven minutes of stoppage time for some reason, the final whistle blew and the fledgling Sounders had picked up the victory. “That was a massive team performance,” said Schmetzer. “The message to the group for the last day and a half was, ‘We didn’t come down here to play a bunch of young kids, to make it a good story.’ That was never our intention. Our intention, and the winning culture of this club, is, ‘I don’t care who we put out on the field.’

“The culture of what this club is about is about winning,” he continued. “Those young kids did a great job of demonstrating to all of you that that’s what they believe. Those kids believed they could win.”

The Sounders left PayPal Park the way they came in, at the top of the table. However, they had to limp out after losing two key players.

Seattle was 3-1-0 when they kicked off against the San Jose Earthquakes on Wednesday. The Quakes were right on their tail at 3-0-1. The Sounders interestingly deployed a 3-4-3 formation, with young players Danny Leyva and Ethan Dobelaare getting their first starts of the season.

In just the fourth minute, defender Jordy Delem went down hard and immediately clutched his knee. Delem, who was playing in the backline instead of his usual midfield position due to a short break between games, had to be helped off the field and was immediately subbed out for Shane O’Neill. While there has been no official word from the team on the severity of the injury, Delem’s tweet from yesterday doesn’t sound promising.

In the 17th minute, it looked like the Sounders may be looking at another penalty kick given when referee Baldomero Toledo called a handball in the box on Yeimar Gomez Andrade. However, after a video review, it appeared the ball hit Yeimar… well let’s just saw slightly lower than the hand, and the penalty was waved off. It didn’t take long for the Sounders to fire back, as in the 18th minute, Seattle had a decent shot on goal that was halted by San Jose but cleared very poorly directly to Christian Roldan. Roldan took one touch and fired a rocket that whizzed past goalkeeper JT Marcinkowski and found the back of the net.

This would ultimately be the only goal on the night, but it was enough to give Seattle the win and three more points. However, it wasn’t all sunshine in the Golden State. The Earthquakes had several near misses, including a clever shot by 17 year-old Cade Cowell that forced Stefan Frei into a diving save. There was also a bad giveaway by Yeimar right in front of goal that Frei luckily was sent over the bar.

Speaking of Frei, the biggest news of the night came in the 91st minute when Shane O’Neill collided with the veteran keeper, causing his leg to contort and keep Frei down for several minutes. He had to be helped off the pitch and didn’t appear to be able to put much weight on the injured leg. Due to the early substitution of Delem, the Sounders had already used their three sub windows and thus, Alex Roldan was forced into goal. While the Rave Green faithful chewed at their cuticles, Roldan was never truly tested but did come up with an almost immediate diving save (one which was the defender collide into him and not get called but we’ll talk more about Toledo in a moment). He then had two other saves that came directly into his arms.

As far as Frei, it sounds like his injury may not be as bad as feared (or as Delem’s), but he is most likely going to miss a few weeks. Backup keeper Stefan Cleveland is expected to step between the sticks in Frei’s absence. The Sounders also have Seattle native Spencer Richey available, who was Frei’s backup on Wednesday.

Lucky to have had the impact dispersed. A few tears, but nothing important. I will work hard to be back on the pitch as soon as possible. Thanks for all the support 🙏

This game was a head-scratcher at times. There were many long spells of little to nothing happening and the two teams just kicking the ball around the midfield. There were also some very questionable decisions made by both defenses, particularly on clearances. Then there was the officiating.

Baldomero Toledo was wildly inconsistent with his calls. At one point, Joao Paulo had his jersey tugged and then his arms yanked backwards, as if the defender was actually trying to get called for a foul to stop the play, and there was no whistle. On the other hand, there were yellows given to Raul Ruidiaz on his first foul, Nouhou on a typical Nouhou-like play, and Frei for timewasting with no warning preceding it. At one point I thought Toledo may have lost his whistle completely because there were blatant calls on both teams going unchecked. As usually happens with refereeing like that, the game got a little chippy at the end but thankfully when the final whistle blew, cooler heads prevailed and so did the Seattle Sounders.

The Sounders next play LAFC at Lumen Field on Sunday.